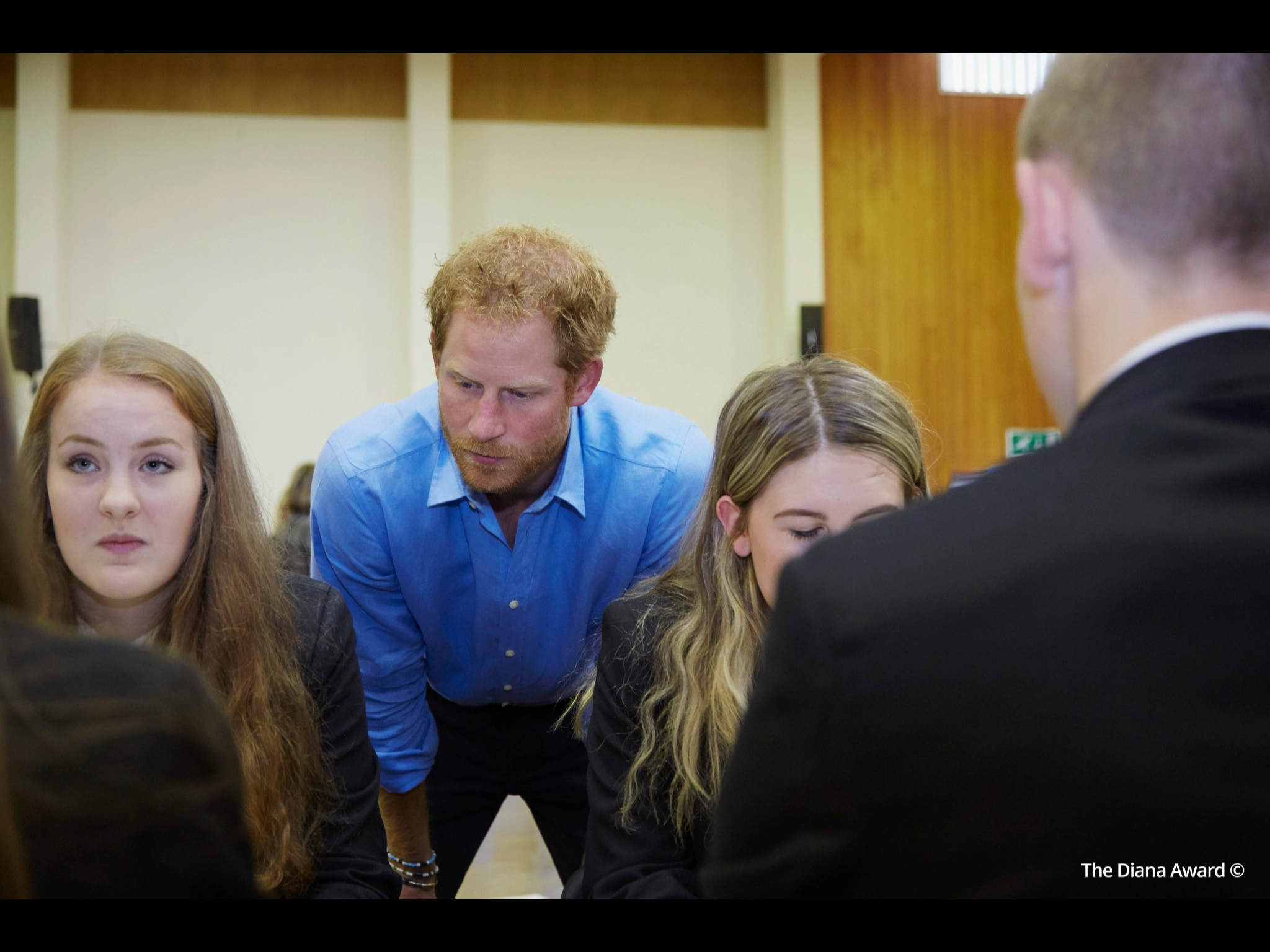 On Tuesday 20th of September, 4 pupils from Oldmachar’s S6: Robbie Wilson, Owen Duffus, Ashleigh Stephen and Lucy Emslie along with Mrs Mohamed went on an unforgettable trip to Mackie Academy where they met Prince Harry as part of the 2016 Diana Award Mentoring scheme. The day involved pupils from schools all over Aberdeen and Shire engaging in mentoring events throughout the day where they underwent tasks with the aim of building on their mentoring skills and joined in discussions on whom had been a mentor and inspiration to them at the moment or in the past. Royal Highness Prince Harry listened in closely to Oldmachar pupils discussions and opened up about how Colour Sergeant had been a mentor to him and helped restore his confidence upon the tragic death of his mother Diana. It was a terrific day out for all and a day no one involved will forget in a hurry.